Former bride wins an award (with my image!)

I covered a wedding back in 2003 December, right after Christmas when a photographer friend broke his arm. The couple was very nice and groom’s father officiated the ceremony which was very touching. The groom was being deployed to Iraq in 8 days, which made it even more emotional for the couple.

Two year’s later I shot her sister’s wedding as well!

Her mom told me that she won an award in journalism with her school paper and used one of my images.

Here is the image she used: 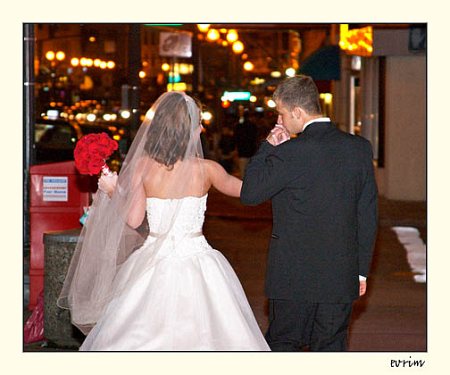 Here is another image from her wedding: